A Complete Tutorial in Only 7 Minutes:

(1.) What Types of Places Can I Research?

*The "State" database has demographic data for each of the 50 states plus Washington, DC.

The example below is the first of three demographic sections included in each location or community profile. It has 22 key values concerning population, housing, households, income, which can help to characterize and differentiate between different areas. The Notes below the first section explain terms that may be new or unfamiliar to many people. 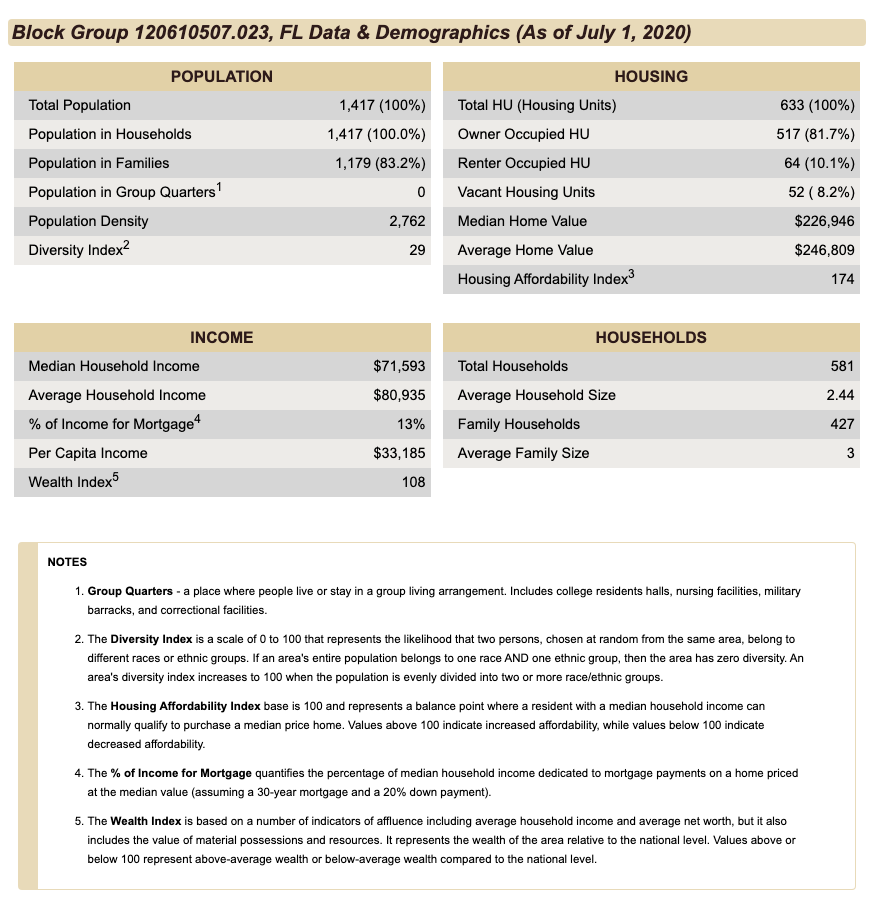 The other elements of a place or community profile include:

(3.) How can I identify the schools and school zones for a specific home address?

Simply enter an address into this form, and you’ll get:

(4.) Can I research a neighborhood even when I don't have an address?

Yes, you can. Simply mark an EXACT location on a map, and our HomeTownLocator Special Map Explorer will locate the nearest address to that spot and use it to identify the neighborhood.

This will provide you with a standard Neighborhood Profile which includes:

On www.HomeTownLocator.com, there are simple forms to search by:

Within a specific state gazetteer, you can search by:

Certainly, there are a great many browsing options including:

*The "State" database has demographic data for each of the 50 states plus Washington, DC.

Important Note: In today’s world, everyone needs to carefully evaluate the trustworthiness of their information sources. Here’s a link to help you check our references: Trustworthy Site? Check References!